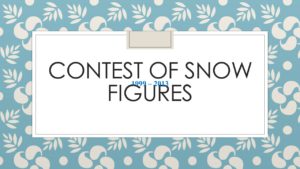 In our village, a competition of snow figures is held annually, both for the villagers and for all enterprises. Active participation makes our village more beautiful. It gives a New Year’s and fabulous mood. A total of 48 snow-covered beautifully decorated figures were numbered over the village. Paints, water, spray are used for making snow figures (pre-compacted snow). Everyone participates in the competition, regardless of age.

In rural school, all schoolchildren in classes together with teachers dazzled different figures of cartoon characters. And so, near our native school there are 11 colorful magic figures.

The kindergarten was also decorated with funny snow figures. Parents, brothers and sisters of kids, garden workers have spared no time and made merry figures that are very pleasing to the eyes of others.

The beautiful figures such as the the dog (symbol of the year), the lovely huge cat, the good old Cheburashka and the crocodile Gena, and many other heroes of fairy tales who were loved by everyone were displayed in the center, near the village administration and the local club.

Everyone desires to take part, so each house has a variety of figures such as a stately eagle, cute Fluttershy from caroon “My Little ponie”, the inscription “I love Abyj”, bunnies, dogs, even a warm fireplace, and many others.

Despite the severe frosts of the north, all the villagers took an active part in the competition. The winner was the zone “Uygu”. The “Taala” zone won the second place, the “Elgas” zone took the third place 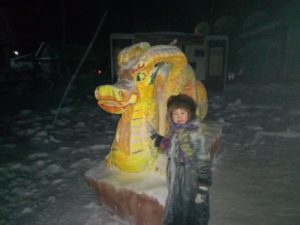 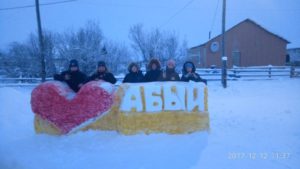 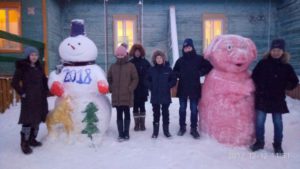 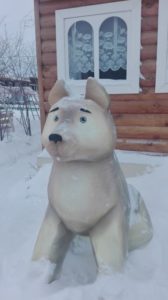 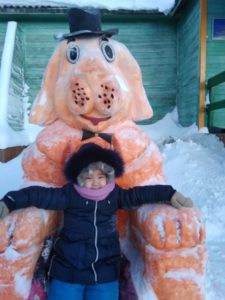 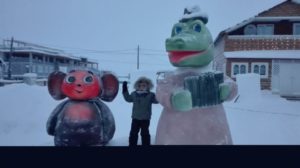 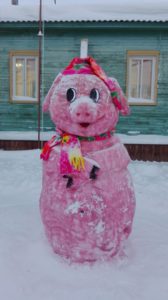